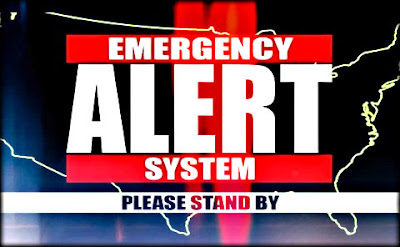 I want to share a disturbing dream that was given to me after asking a specific question in prayer about what's to soon come.

The first scene was that I was running. I'm not sure who or what I was running from, but I ran straight into a dark room. As soon as I entered the room, I could feel that someone was there. I reached out my hand with my palm facing forward, and I yelled, "Who's there?"

As soon as I said this, my palm rested up against someone's chest.

A voice came from this person, and in a low tone he responded, "You already know who I am."

At this point it was as though a dim light shone upon his face. There was no way of telling where this light came from, and it was so dim or limited that it only highlighted parts of his face.

He was taller than what he is in the natural. He stood at about seven feet or so. I noticed that on his shoulders rested a pair of hands, but they weren't human hands. Although they had five fingers like a human, long black talons protruded out of the tips.

My eyes then focused to an even taller black silhouette that was standing behind Obama...

The next scene, I was in another room, seemingly next to the one I was just previously in. I saw two creatures standing next to each other in communication. The first one was very tall. He had skin like a human, however it was a reddish-brown color, almost that of dried blood. And there was a pattern on his skin that reflected that of a leopard.

The second creature was much shorter, but grotesque; jet black, slimy, and hunched over.

I knew that these were evil spirits.

I asked the spirits their identity. The tall one began spinning many names including the name Lucifer. But I responded with, "No, He's in the other room."

The short, black, slimy creature simply said, "I am filth and perversion."

They both let me know that they had been assigned to Obama.

I was now in the car with my husband. We were parked outside of a diner. The windows to this diner were huge, and you could see all the activity going on within. There were several large, flat-screen televisions mounted high on the walls.

Suddenly, a loud alarm rung from my cell phone. I picked it up and saw that is was an emergency alert broadcast. When I looked back at the diner, I could see that all the television screens had the same alert. Then the screens changed to the setting of a press conference in Washington, DC. Nancy Pelosi walked to a podium and began addressing the nation. She said that we were under a national emergency, however, she didn't state from what. Next, she said that for the safety of the country, all the planes had been grounded, and all the borders had been closed.

No one was allowed to leave.

She then went on to say that there would be a formal national address at 3:00pm eastern time.

As I'm watching this from my phone, I'm thinking, "Where's Trump?"

Pelosi then says, "We will be addressed by Barack Obama."

You could hear the shock and amazement coming from the tones of the press. Everyone was thinking the same thing...what happened to President Trump? Once again, I looked over at the crowded diner, and I saw that some people were in a panic, while others seemingly cracked a smile.

There is more I need to add to this, but I don't want to make this post too long. Since being shown this, I recently (within the last couple of days) was given another dream revealing the details of the certain types of Christians, and "right-winged" people being detained and sent to detention centers here in the US.

Before closing, I will reveal this;

A dear acquaintance of mine, who is also in the prophetic, contacted me shortly after Trump called a national emergency in order to obtain funds for the border wall. She said that she was not allowed to reveal this in public, but that the Lord spoke to her and said that the national emergency is in place, it will never be lifted, but rather it will eventually be turned into martial law.

When she said this, I was on the freeway, driving home. Cold chills ran down my spine, and for a split second, I actually felt fear.

About a month after she told me what was revealed to her, is when the democrats voted to have the national emergency reversed. I was secretly hoping that it would be overturned because my friend's words haunted me. So when Trump vetoed the bill, and the declaration stood in place, all I could do was pray.

It was shortly after this, while in prayer, that the Lord said He was going to give me the answer about what's to come.