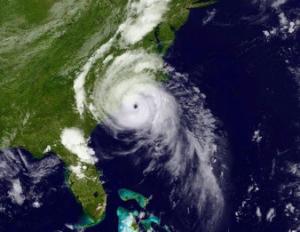 In the past four weeks, I have now had three dreams about a hurricane coming up the east coast. In each dream it has been as though I am watching a weather map or station. It's not as though I am watching a television, but more like I am there, overlooking a map of the east coast. Each time, I've seen the storm traveling up the coastline, starting on the east end of Florida. The storm scales the coasts of Florida, Georgia, South Carolina, North Carolina, and then once it comes to Virginia, I can't see where it makes landfall.

I wasn't going to post these dreams, but when I had the third one several days ago, during a sudden afternoon nap, the Lord spoke to me in the dream and told me to share it. I know a few people, including my mother, who live in Virginia and the Washington DC area. When I shared this with them, I was told by all that this was a conformation.

One of the things the Lord spoke to me in the third dream was that it would be a part of the judgment that will hit the country because of the legalization of same-sex marriage. Again, I was not shown where or "if" this storm would make landfall. I saw that it was not a large storm, but small in diameter, yet tightly wound, packing a punch to any place it scaled or landed.

The Lord also did not confirm if it would be during this hurricane season, or the next one. The reason why I say the next one is because the time frame that the Lord has given me for the judgments hitting America are through 2016.