Signs in the Heavens & The Daughters of Jezebel... 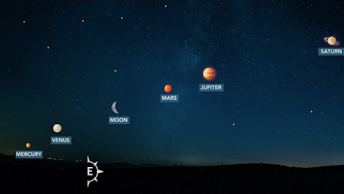 Over the past several days I've been asked by many what are my thoughts on the overturning of Roe vs. Wade that took place on Friday, June 24, 2022.

Although we've seen many Christians celebrate this day as a victory (and I don't want to take away from the positive that will come from this ruling), I couldn't help but wonder what were "they" really up to.

First, I want to remind everyone that the plan to overturn Roe vs. Wade was "leaked" (although I don't believe in such a thing) on May 3rd, and pretty much let everyone know what was coming down the pipe so to speak. So the announcement on June 24th was of no surprise on my end. Even CNN stated that the Biden administration had been preparing for "months" for the overturning, and anticipated protests, riots, and violence.

But I want to expand your thinking for a minute...

Throughout my fifteen years of ministry, I've found that most Christians are narrow-minded and therefore have a limited view of the "bigger picture." And over the years, I've constantly reiterated the importance of relying on the Holy Spirit for wisdom, knowledge, and understanding, as well as building a solid relationship with Yeshua [Jesus Christ] so that one will know His voice for themselves.

In Genesis 1:14 it reads, "And God said, let there be lights in the firmament of the heavens to divide the day from the night; and let them be for signs [Hebrew: ot], and for seasons [Hebrew: moed], and for days, and for years."

The Hebrew word ot is properly defined as: a distinguishing mark, miraculous sign, warning or omen.

The Hebrew word moed is properly defined as: appointed time, sacred season, or tent of meeting.

Having a Jewish linage, I believe Elohim (God) is a great mathematician. He is Sovereign, meaning, He owns and controls everything, and not one happening is out of His order (Isaiah 45:7).

But I also want to remind you that [Ha]Satan was created by Elohim, and although he is destined to the lake of fire, we must not forget that he is a supernatural creature of high intelligence, who executes his will through the wickedness of mankind. And because we are at the very tail end of the dispensation of grace (or the church age), biblical prophecy MUST be fulfilled, and mankind cannot change that which was written before the foundations of the world.

One of my sisters-in-the-Lord asked me what did I think the overturning of Roe vs Wade meant. My response was, "They're preparing us for civil war."

For almost a year, I've been following numerous news articles with the caption "civil war." Throughout the months, many politicians, military leadership, and other political figureheads have warned of an upcoming second civil war in America. I even shared on a Christian program I was a guest on, how the Canadian parliament (government) is preparing for the total collapse of the American democracy by the end of 2024, which is also an election year.

I want to also remind you that America is at the tail-end of the seven-year countdown from the last total solar eclipse that occurred on August 21, 2017, of which I posted a video during the eclipse where I warned that America was under judgement (and not a reprieve), and that the Lord had shown me that a pandemic was coming.

The next total solar eclipse is set for April 8, 2024, and ironically, the path that the eclipse travels paired with the path of the previous one in 2017, forms a perfect X across the United States.

In the Hebrew alphabet, X is the symbol for the letter tav, the 22nd and last letter of the alphabet, signaling the end.

Now, I want to note a couple of significant things that took place on the day of the SCOTUS ruling...

First, I want to mention that the day of the overturn happened on June 24, 2022;

June: The 6th month
24th day: 2+4=6
2022: 2+0+2+2=6
What does that come to? 666
Perhaps I can even add that this ruling took place on a Friday, which is the 6th day.
We all know that biblically, six is the number of man. But it is also an important number in the occult. The power of man becoming his own god is the basis of the satanic term "Do what thou wilt."
The second, and I think the most important occurrence happened during the wee hours of that morning, and it was found in the sky just before dawn.
On the morning of June 24th, there was a rare planetary alignment of Mercury, Venus, Mars, Jupiter and Saturn. These five plants perfectly lined up with a crescent moon (oh and, 5 planets, plus a moon equals 6 by the way).
In addition to this stunning event, The Jerusalem Post added that this rare occurrence had not happened since 1864 and would not occur again until 2040.
So being the research guru that I am, and understanding that Elohim's purpose of these occurrences were omens,  I wanted to know WHAT was the significance of 1864.
Well in 1864, two very important events were occurring: The American Civil War and Prussia's (now Russia) war with western Europe.
So the question is, was this all planned?
My answer is YES.
I believe this event was ordained by the Lord, and yes, some good will come from it. But Satan is the god of this world and as his time draws near, his plans must be executed. Thus, my conclusion is that the government planned this overturning; it was no accident.
The Lord spoke to my heart and told me we must stand in the gap (pray) for the babies and unborn like we never have before. A wicked spirit of spite will rise up in the daughters of Jezebel. And although abortion will be totally banned in some states (while others have already approved abortion up until the ninth month), the spirit of Molech will still require its sacrifices, and we will begin to hear of grotesque killings of newborns for the sake of merely making a point.
And the children of Issachar had understanding of the times... - 1 Chronicles 12:32
As the world as we've known it draws to a close, we as believers must make sure we are rooted in that which is unshakeable, as everything around us must be shaken.
As with all things, take this to prayer.
Shalom
Mena Lee Jones
Faithful Walk Healing Ministries
Posted by Mena Lee Jones at 2:21 PM 3 comments: