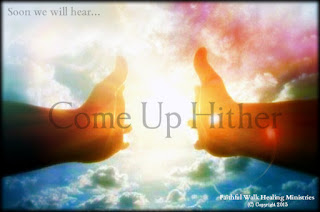 In this season, the Jacobs and the Esaus will become apparent. The last two years have been a time of sifting. The Lord has searched hearts and have exposed what was hidden deep within.

Although it is written that Jacob was loved, he still had to be refined. And when he came to the end of his refinement, his name was changed to Israel.

The Lord said, In this final season, those who have endured the trails, tribulations, persecution (for His name sake), and refinement; those who wrestled with God and didn't let go, your name will be changed to triumphant (Note: this has nothing to do with the president).

The Lord said, "Follow not the voices of those who have fallen away. Follow not the ones who claim peace when there is no peace. I AM YHVH-Shalom, and peace is only found under the shadow of my mighty wings."

The Lord will rise up in this hour. He will stand as ELOHIM; the one who judges and brings justice. Woe unto the inhabitants of the land who speak His name in blasphemy, who leads His little ones astray, that they know not the hour in which they live.

Repent...REPENT! For the Kingdom of Heaven is at hand.

The Lord said to tell His Bride to study and live according to James chapter 5.

The Bridegroom draws nigh...