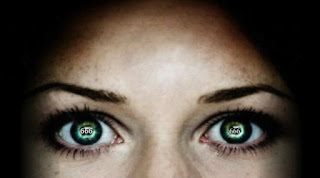 From the wee hours of Sunday morning (November 18th), until the rising of the sun, I found myself on some type of spiritual current where I was in and out of visions for approximately 6 hours. The whole time, the Lord was speaking to me as He flashed scene after scene in front of me, revealing the darkest secrets of mankind, particularly operations here in America, and giving understanding as to why His sword will come to the land.

At this time, I am not at liberty to reveal all the horrors that were revealed to me. However, it all lead up to the rising of the Beast system, which was the final vision given to me that I am to share with you.

I found myself in what looked to be an old mill with warehouse-like features. This place was very large and rustic, not necessarily dirty, but vintage looking. On the front wall near the entrance, was a very large movie screen. The screen wasn't modern, but seemed old, more like a screen used for projectors more than thirty years ago.

I had a newspaper in my hand, and I was looking at an advertisement for a movie. The tickets were priced very high. There was no title for the movie, however, it had three parts; each with a title listed.

Part One: Together We Stand
Part Two: We Are Loved
Part Three: I Am God

For some reason, I was not allowed to see part one. But I was given clear understanding that part one was regarding the Pope.

At the second viewing, I found myself in the mill surrounded with hundreds of people. They were all taking their seats before the movie began.

As I scanned the room with my eyes, I noticed that the group coming in to see the film were all young. The ages looked to range from about 14, or 15 to about their mid to late 20's. The youth were from all backgrounds, cultures and races.

I looked towards the back, at the left, where bleachers lined the wall. I saw many politicians, both national and international, sitting next to one another in light conversation. My eyes then lead me to the only person on the bleachers that was standing tall, with a navy-blue suit on...

It was Barack Obama.

The movie began, and everyone quieted down into their seats. I was sitting at the front, perhaps around the third or fourth row. As the movie played, it seemed as though it went on forever. I actually felt I had sat through this entire film that went on for two to three hours. The music attached to this film was captivating and seductive (but not in a sexual way), and it stirred the emotions. I could feel my soul being pulled, yet there was a fight in me not to succumb to the potency of its intention. It instantly reminded me of the campaign commercials that Obama ran for the 2008 presidential election. I would hear the commercials playing on the television in the morning while I was getting ready for work, and I would feel an awkward pull from within me, but my soul knew it was evil. It got to the point where I would mute the TV when his commercials came on.

The movie ended with flashes of young people holding up their fingers, formed in the shape of a heart, and one by one, the chanted, "We are loved."

As these scenes continued, one by one the people in the audience began standing, and they too held up their hands and formed their fingers into the shape of a heart and chanted, "We are loved."

Nearly the entire room stood. I looked around as I stayed seated. The chants grew louder and louder. My eyes locked with a young black girl still seated a few rows over. She looked to be about 16. She didn't say a word, but I knew what she was thinking. Something was terribly wrong with this.

As I continued to look around, I saw a few that were still seated. The number however, was very small, less than ten.

I looked back towards the bleachers, and I saw Obama still standing in the same exact place. He was glancing over the crowd. Although he wasn't smiling, there was a look of deep satisfaction on his face.

I was now taken into the third scene...

I was back at the mill, just like before. I looked to my left, and saw the same bleachers, with the same national and international politicians sitting in conversation. Barack Obama was still the only one standing, but this time I notice there was a podium in front of him.

People began to pour into the area from a door that was located next to the screen. This group of people looked to be around my age group, and older (Note: I never saw any small children at any point of this vision), so perhaps from their 30's into their 80's or even 90's.

Once again, the people were from all backgrounds, cultures, and races. But I noticed there were also many pastors, and people of faith in this group.

Again, they quieted down and took their seats as the third part of the film began to play.

This film was very short, not even half the length of time as the prior one. But there was still that captivating, mind-seducing music that played throughout the film. However, at the end, something unique happened.

This time, the lights came on and Obama stood with his right hand raised. His fingers were formed in what I've heard is called the "devil's horns."

He stood tall as the crowd all turned towards him. And then he spoke and said, "I am God."

And just like before, one by one, people began to stand and chant, "I am God." And they too, mimicked the devil horn sign with their hands.

But not everyone stood.

This time, unlike that last group of youth, there were many more seated. About two-thirds of the room was standing, while one-third remained seated. The ones seated had a look of horror on their faces. They knew that what was transpiring was not good.

Next thing I knew, the ones who were seated were rounded up by troops into a single file line. I watched as they began to march them out of the door that everyone came in.

I knew I had to get in that line.

As I was in the back of the line, Obama looked over towards us and asked mockingly, "Are you really willing to die for your faith?"

Suddenly a loud, powerful voice spoke from the air and said, "They WILL stand for Me, even unto death."

As with all things, take this to prayer...