Another Pestilence is Coming... 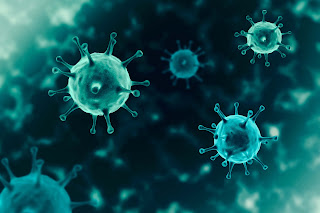 I would like to share a vision the Lord gave me in the wee hours of this morning...

I saw a list appear in front of me. The list was held up and it look as if it was on a scroll. There were numbers listed; from one to four. However, there were in descending order, like a countdown.

The numbers four through two each had a single word written next to them, however I could only make out what the word next to number four was: Cooperation.

As my eyes scanned to number one, I noticed there wasn't a word next to it. All of a sudden, I saw a creature begin to emerge out of the paper next to the one. It was pitch black with long claws and it had a wing the resemble that of a raven's. I turned my head before it completely emerged, but I quickly asked the Lord what was it He was showing me.

"Another pandemic is coming," the Lord answered swiftly.

As many of you know, I was shown the current pandemic first in June 2016. Then I was told again in August 2017, and finally in July 2018 that a pestilence would sweep across the planet.

I found myself a little distraught this morning and sort of dazed, but the Lord had already told me two months prior that we would have a small window to get things done. This meaning ministry. He had spoken this to me as far as making plans for conferences and travel this year. The Lord said we "would have a small window where it would be safe to travel, but soon that door will close again." At the time, He didn't reference as to why, or what was going to take place that would close that window.

Saints, we are in the birth pangs. And if you understand labor, as the time for birth draws nigh, the contractions become stronger and closer together. I remember when I was in labor with my firstborn, it got to the point where my contractions were only sixty-five seconds apart. This is how things that are unfolding on earth are starting to feel, and yet, there are so many in the church that have been lulled to sleep by a satanic lullaby because they believe things are going to get better.

In my next address (although I'm not sure if it will be written or a video...maybe both), I will share my recent journey into hell, where the Lord allowed me to see where Christians who are caught up in perversion go.