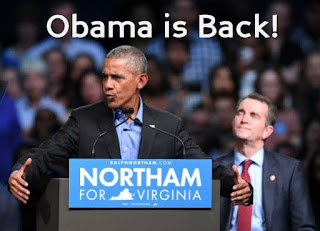 On Monday, October 2nd, I was summoned into prayer around 3:30pm in the afternoon. The Holy Spirit had been stirring in me for about an half an hour. I knew that the Lord wanted to tell me something, so I went in before Him in my secret place.

I sat down in my closet, but found no words to say. So I asked the Holy Spirit to intercede on my behalf to the Father. Within seconds of the praying in the spirit, the presence of the Lord fell and overwhelmed me. I immediately heard the voice of the Lord.

He said, "I AM lifting my hand from America."

"Now is the time for my appointed sons and daughters to take a stand. This is the hour that they will rise" He continued.

The Lord then gave me Jeremiah 16. Here is a portion of that chapter:

For thus say the Lord: "Do not enter the house of mourning, nor go to lament or bemoan them; for I have taken away My peace from this people," says the Lord, "I have lifted my lovingkindness and mercies." verse 5

And it shall be, when you show these people all these words, they will say to you, 'Why has the Lord pronounced all this great disaster against us? verse 10

Then you shall say to them, 'Because your fathers have forsaken Me,' says the Lord; 'they have walked after other gods and have served them and worshiped them, and have forsaken Me and not kept My law. And YOU have done worst than your fathers, for behold, each one follows the dictates of their own evil heart, so that no one listens to Me. verses 11&12

I also saw some type of contamination in the water.

In the beginning of last year, I posted a word on my Facebook page, that the Lord had spoken to me. I even spoke about it a couple of times during my Watchman on the Wall meetings.

Those words ran in my spirit for months. I even researched online, trying to find these words in a quote or a scripture; but found none.

So far, in 2017, the destruction (natural disasters) have come from the east (the Atlantic ocean).

In the past years (which I've written about), I've also seen a tsunami hitting the east coast...

Another Note: In 2015, I shared a vision on Trunews regarding the revival that would come to the land. I shared how I was told by an angel that the revival would spread from east to west (in that order), and that it would be parallel with catastrophes.

While I was in the Dominican Republic (right before we had to cut our mission trip short due to the approach of hurricane Maria), one of my senior staff members, who was with me on the trip, said that the Lord spoke to him and said, 'The islands will praise My name.'

About a week after returning, the Lord spoke to me and said, "It has begun."

When I asked, 'what had begun', the Lord reminded me of what I saw in 2015. He then pointed out that the places that had been destroyed by hurricanes were either US territories, or high-profile tourist attractions for Americans (i.e. the Leeward Islands, US Virgin Islands, Puerto Rico, Florida Keys).

He then said, "Revival will come to the islands first"

The islands are EAST of the mainland...