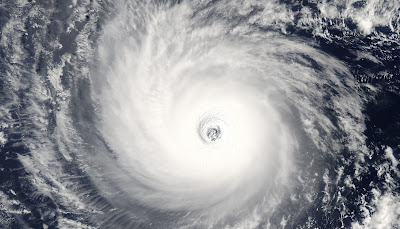 In the first vision, I found myself flying high above in the stratosphere. I was flying above a powerful hurricane (a category 3 or above). I observed as it grew in strength and the center of the eye became well defined. I watched as it headed for land. I was not able to see exactly where it made landfall, but I could hear in the wind, like I was listening to a news broadcast, about the destruction is caused on the coast it landed. I also knew it had landed in the United States.

In my second vision, I was walking along a gravel path. Jesus was walking beside me, on my right. As we continued to walk, the ground began to vibrate. I immediately knew that the vibrations were the result of a major earthquake that had taken place far away.

Jesus began to speak to me and said that the earthquake had taken place in the ocean, and that it was going to cause a tsunami. He then began to list three cities that would be impacted. For some reason, when he said the first two, it was muffled and I couldn't hear the names. But then He said the third city, and it was Singapore.

I thought to myself, "Singapore? But that city is in a high place away from the oceans."

The Lord knew my thoughts and immediately corrected me.

When I came out of the vision, I went to go look at a map to see exactly where Singapore is located. I found that it is a large city, literally on the edge of the island of Malaysia.

My heart sunk when I realized that is was also near the same area where a devastating tsunami took place in December 2004, where over two-hundred thousand people lost their lives.

This vision took place about ten days after having the first two. I was watching televisions that were broadcasting in multiple places, but they were all addressing the same breaking news.

I saw the Washington Monument in D.C break in half, and then the top half came crashing down to the ground. The people on the news were talking about how sad it was to see such a thing. They were also talking about how the monument had just been fully repaired not too long ago after occurring damage from a small earthquake (this actually happened in August 2011).

Note: The Washington Monument was completed in 1884 in honor of the first president, George Washington. The monument is the shape of an Egyptian obelisk, which symbolizes timelessness, power and immorality.

The Lord spoke and said, "America, your land will not be healed!"

The Lord has numbered the days of your kingdom and brought it to an end; you have been weighed in the balances, and found wanting!


Saints, as you know, we have entered into a season of judgment. We must make sure that we are grounded in Christ; rooted in that which is unshakable. 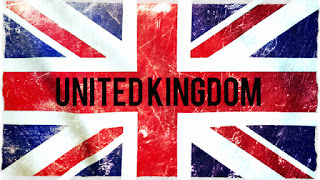 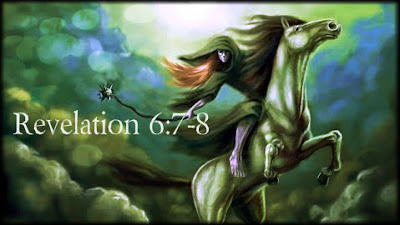 In the vision, there was a man that stood in front of me that held a set of papers in his hand. The papers contained the statistics of farmers, their land, and its current production.

The man began reading off the numbers of how many farmers had abandoned their farms, while others sold them because the land was not producing. He also said that many farmers were seeking government assistance to sustain their families and livelihood.

As the man continued talking, it was as if a screen appeared in front of me and I could see various farmland stretching across the screen for miles and miles. I observed as the land dried up and wasted away before my eyes, and I saw the ground begin to crack as if it were a desert.

For those of you who listened to my latest video titled "My Judgement Upon The Nations..." you'll remember that towards the end of the video is when I stated that the Lord told me a drought was coming upon the earth; that the heavens will be shut up and there will be little to no rain. Part of this was confirmed in the scripture the Lord gave me in Jeremiah 17:7-8

"Blessed is the man who trusts in the Lord, and whose hope is in the Lord. For he shall be like a tree planted by the waters, which spreads out its roots by the river, and will not fear when heat comes; but its leaf will be green and will not be anxious in the year of drought, nor cease from yielding fruit."

A little more than a year ago, the Lord spoke and said that He would divide the lands with water. I gave this word through a video I posted at the end of winter. In the end, 2019 was officially deemed one of the wettest years on record.

We saw the destruction of farmlands as frequent blizzards, flash-flooding, and rivers cresting caused damage not only to the crop seasons, but also that which had been stored from the previous year.

Now the Lord is saying that we are going to go from one extreme to the other.

He let me know that the drought will be widespread and the whole earth will be impacted.

In Revelation 6:7-8, the fourth seal brings forth the rider on the pale(green) horse:

"When He opened the fourth seal, I heard the voice of the fourth living creature saying, 'Come and see.' So I looked, and behold, a pale horse. And the name of him who sat on it was Death, and Hades followed with him. And power was given to him over a fourth of the earth, to kill with the sword, with famine, with pestilence, and by the beasts of the earth."

There are four things listed that bring death to a fourth of the world:

1. The Sword - which represents war and/or violence
2. Famine - which is brought on by droughts and/or food shortage
3. Pestilence - which includes plagues, sickness, and disease
4. Beasts of the Earth - this can represent everything from plagues of insects destroying crops and/or livestock (which can lead to famine) to wild animals actually killing people.

The world is currently battling one of the biggest pandemics of our lifetime (COVID-19). No matter what your thoughts are on its origin or how it's spreading, the fact remains that thousands have already died, and thousands more are expected to perish by the time this wave ends.

In addition, several people are already putting out prophetic words that another plague is on the horizon, and some are even saying that upcoming plague will be worse than the current one.

Within the last several weeks I have come across several articles regarding the 'beasts of the earth' causing havoc on the ecosystem.

* Locusts swarms across East Africa cause fears of a food shortage - Source: Aljazeera, The Weather Channel, BBC News, The Guardian

* Huge feral hogs are invading Canada and are building 'pigloos' (these are the type of swine that have been known to eat humans) - Source: National Geographic News

Yes, we are already in the Book of Revelation. One of the things the Lord told me in 2015 was that "things were not going to unfold as most were taught or think..."

Saints, we are in the final stages of the end of the age.